From day one, Bob and Junior Post have been producing the finest quality hardwood and providing the best service to customers around the globe.

The brothers built Post Hardwoods on integrity, quality, and a desire to follow the science and craft of forestry. Post became one of the premier logging companies in Michigan by managing, using, conserving, and repairing forests, woodlands, and associated resources for human and environmental benefits. 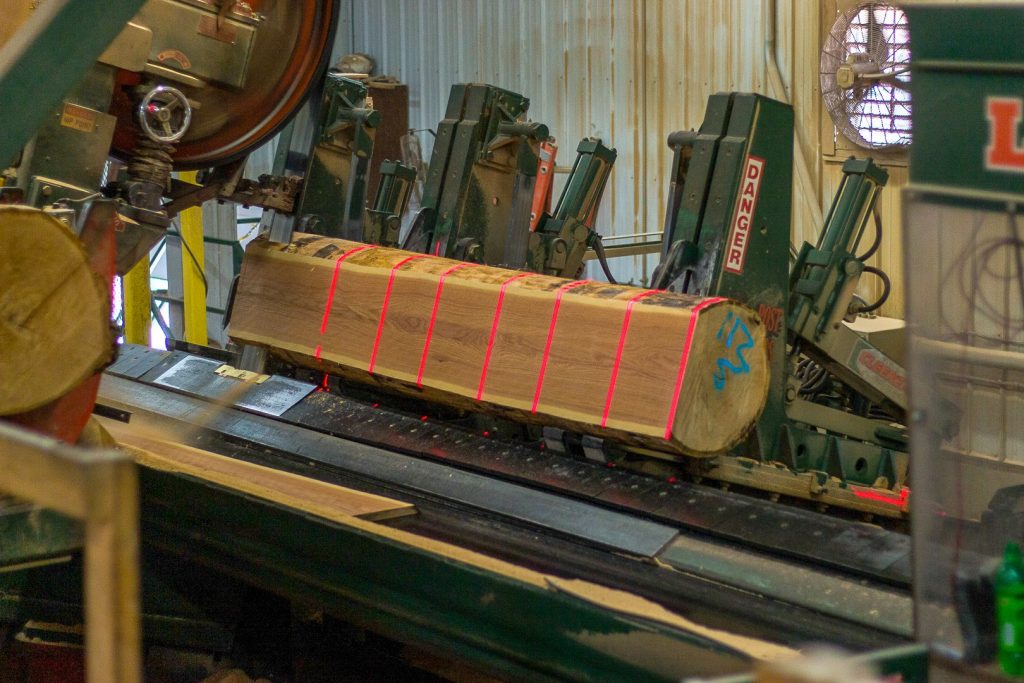 "I never get tired of looking at good quality logs. That’s just the heart of a sawmiller."

Bob’s early beginnings in the hardwood industry started in 1972. As a young man, he established a logging business that would prove to be a key ingredient in gaining knowledge of the hardwood industry. He also gained the ability to recognize quality logs and timber, which remains vital to the company today.

Bob and his wife Melanie have a large and very active family which they enjoy spending as much time with as possible. Bob also enjoys hunting and fishing around the globe, as well as playing with the grandkids. 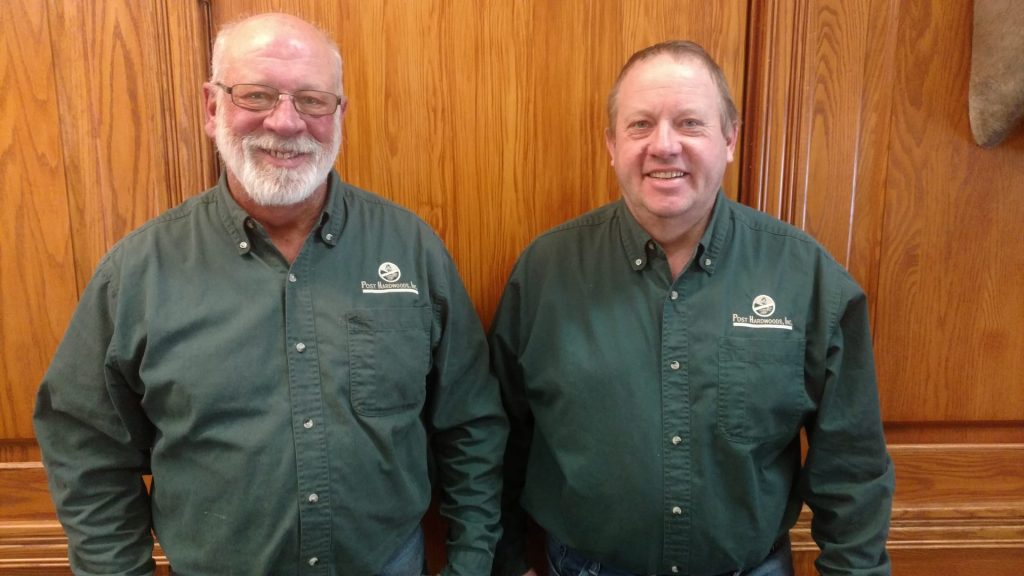 “Just because we’ve done it one way for the last 20 years doesn’t mean that’s the way we should do it this year.”

When looking to the future in his senior year of high school, Junior & his older brother, Bob, began discussing the possibility of starting their own sawmill. Junior had been working part-time at an implement dealership while still in school, as well as taking courses in diesel mechanics. Since he had always enjoyed toying with mechanical things, being involved in the production aspect of the mill was a natural fit.

As time went on, more and more pieces were added to the original mill. Finding just the right machinery and training people to run the new equipment became an important part of the mill’s success. Along the way, one of Junior’s personal goals was understanding how each piece of equipment could run its best, often running various machines himself.

Today, making the best use of resources is one of his top priorities. He enjoys brainstorming new, often unconventional ideas to obtain the best yield from both the logs and the machinery while encouraging other company members to do the same.

In his spare time, Junior enjoys spoiling his grandson and touring Michigan on bikes with his wife, Londa. He also likes to tinker on “anything with a motor,” which has lead to exploring the midwest on ATVs.

The first mill, which was a handset circular sawmill, required just two people to run and was purchased in the winter of 1979. During their first year, the mill had no roof and was exposed to the elements. Total daily production was approximately 1,200 board feet. For every 1” of board cut, another 1/4” was lost to sawdust. Thus began a long history of improvements to efficiency and yield.

In 1981, the mill saw its first building go up, along with the installation of an edger. Junior and Bob later took a trip to Maine and in 1983 added their first debarker, allowing them to cut logs more easily. Additionally, the mill began producing a second byproduct: bark for landscaping. To increase production, the Posts added a slab saw to the mill and a chipper in 1987 to reduce waste. This chipper took the first cuts from the log and turned them into usable wood chips, which were sold for landscaping and paper products.

In the late 90s, Bob and Junior thought about what improvements could be made to the circular saw mill, and after a year of planning, they arrived at their conclusion. In 1999, the mill converted from a circular saw to a bandmill with a different floor plan. After two years, they had replaced or relocated every piece of equipment to create their new mill. The thinner saw of the bandmill brought a higher yield out of each log, drastically reducing sawdust production.

Bob and Junior saw the necessity for an office in 2000, and that building still stands today. The early 2000s also saw many technological improvements to the mill’s equipment, including a resaw to give boards a better grade recovery. Resaws always cut the best face of a log and reduced our kerf from 1/8” to 1/10”. A scanner on the head rig and a drop saw trimmer led to a higher grade of lumber. At the end of the 2000s, Bob and Junior turned their eyes towards an optimizing edger, which was installed in 2010.

In April of 2012, the mill was struck by a devastating fire that leveled 4 out of 6 buildings – 30,000 square feet – overnight. Nine fire departments responded and pumped nearly a quarter million gallons of water onto the blaze. Thankfully, nobody was injured, but Bob and Junior had to decide what to do in the face of total loss.

With over 30 years of experience and industry knowledge, they sat down with a blank sheet of paper to design their ideal sawmill. By September of 2012, just five months after the mill had burned down, they ran their first board through their completely new mill. A few months later, the mill was back to full production.

The new mill today is more efficient than ever before. In the past few years, Bob and Junior have added a trimmer, state-of-the-art scanner, and optimizing edger. They continue to seek further innovation in the future. In Junior’s words, “You either stay with technology or you stay out of the business. You just can’t stay the same.”